The "Visionary" Parent vs. the "In the Moment" Parent 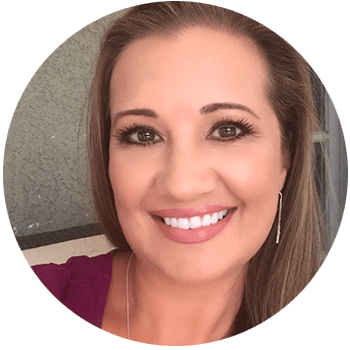 Which one are you?

I define them as this: The In the Moment parent (ITM) takes each moment or challenge at face value. They put a lot of stock in a child’s resistance to anything. They dwell much longer and deeper on why a child might be throwing a fit or refuse to go to bed at night. They believe that there must be a real, urgent, even medical reason for all of it. ITM parents look at each isolated situation and try to solve the immediate problem, eliminating whatever it is that is making their child cry, resist, or have a melt-down. If that can’t be pinpointed, it must be a disorder of some kind causing the child to act out in a negative way. They believe that their job as parents is to make their child happy, all the time. And if they feel they are failing this way as parents, they become very insecure in their position as a parent. They tend to be reactive to their children rather than proactive. The ITM parent is mortified at the thought of anything or anyone making their child unhappy and especially themselves! They will keep up the charade of meeting or excusing all their child’s whiney demands for fear that the guilt of not doing so, would be too much to bear, or that it is going to make their child reject them or feel unloved.

Here are 7 traits that a visionary parent often posses or understands:

1. They understand a child’s ultimate security lies in the mom and dad having a positive relationship; a united front. (This goes for married and divorced parents!) Married parents don’t sacrifice their marriage on the altar of putting their kids’ demands first.

2. Visionary parents have a positive respect for the position of authority, even if they don’t respect the person in authority. They believe that their children will benefit from this understanding not only down the road, but in their preschool and school-age years. A visionary parent understands and teaches their child that in order to become a great and positive leader, you must first learn to be led. And they model this themselves rather than abdicate this responsibility to teachers or caregivers.

3. A visionary parent knows that their job as a parent isn’t to make their children happy all the time, but to train and prepare them for adulthood, and that definitely won’t make junior happy at times. They know that their leadership and resolve will be tested and challenged, but they remember the big picture and can see from their visionary time machine, toddler to teen years in 2.3 nano-seconds, and resist the urge to cave in to tantrums, resistance and whiney manipulations, motivated by what faces their children in the teen years. They are determined to prepare them and gird them with a respect for boundaries and right and wrong.

4. A visionary parent understands the eternal value of parenting and that the tongue holds the power of life or death. So they often speak life into their children and do it often and in a relevant and truthful way, rather than falsely puffing a child up with compliments they have not earned. They teach and coach rather than preach. Coaching implies trust in the character of the one being coached. Coaches inspire and draw greatness out of a person. They believe in their kid, not naively, but the potential that this child possesses. Even when they discipline the child, they are careful not to shame them in word, or tone. They rarely use, ‘I told you so’ or ‘you always’. They do not feel it necessary to use inflammatory speech or threats to make their point.

5. Visionary parents understand that ‘it’s not about them’. They do not allow their children to become the means for them to feel successful. They understand that a preoccupation with results leads to an emphasis on outward form. Preoccupation with the outward appearances or outward compliance, brings with it a tendency to judge others by our standards and by the things we think we do well. They parent and coach the heart of a child, trusting that out of that, positive behavior choices will follow.

6. Visionary parents understand the 3 most important things their children need. The need to feel unconditionally accepted by their parents, the need to feel like a valuable contributor to the family, and uniquely significant as an individual.

7. They understand the importance of loving and effective consequences: They empower their children with advance knowledge of certain consequences for chosen behaviors. They make the consequences relative to the offense, so that it makes sense to the child. There are no second chances, warnings, or rubbing it in afterward, which shows respect for the child’s intelligence and adequately prepares them for the real world. All communication is done with a respectful tone. And no pay off or attention is given to a child who throws a fit or tantrum as a result of the consequence, which equips the child with a solid understanding of accountability.

These are two distinctive parenting styles and perspectives. Which one are you?